This was the last message that you ever sent to me.

And from this moment onwards I heard nothing more from you, absolutely nothing whatsoever. After you sent me that message you completely refused to acknowledge my multiple attempts (+10 delivered messages and 3 unanswered calls over a period of 5 days) at communicating with you. You wouldn't share your thoughts with me nor would you let me share my thoughts with you over the phone or in person.

This is exactly why I don’t trust the L-word anymore. Experience has taught me that actions speak louder than words. There’s a certain irony to boldly claiming to love someone yet blatantly refusing to respect them at the very same time.

It's been almost a year since we last spoke.

Time flies when you’re being bitter doesn't it? An email being the last form of communication between us. An email I wrote and sent to you while engulfed in feelings of frustration, anger and resentment.

In it, I rebuked you, condemned you, called you out on your antics, with the hope that you could see how childish you were behaving and how immature your actions were. But I didn't need to send you an email, no, I could have done exactly what you did and simply returned your silence with even more silence. But if you and I are both quiet then truth and transparency ultimately lose. If we both hide our thoughts and feelings, then darkness, confusion, delusion and ignorance prevail. And I couldn't let that happen.

Was my email necessary? No.

Was it harsh? Possibly.

Was it honest? Yes.

Each and every character I typed was carefully hand crafted and delivered from the very depths of my heart, body, mind and soul, down to the very last punctuation mark.

Anyways, relationship trauma aside, I am writing this just to let you know that: I left your sunglasses in Thailand.

Yes, the same sunglasses you gifted me over Christmas. They were a decent gift as well if I might add, so well done. They were good quality, quite fashionable, and fairly unique. Which is always a big plus for me. You and I both know how much I love being different.

After dragging them around with me for the past 10 months or so. Reluctantly using them when the sun was out, whether I was driving to town for work or simply galavanting through the streets for pleasure. And when they were not in use, I either halfheartedly stowed them away in the cubby hole of Sonia, my faithful Chevrolet Sonic that I inherited from my sister Amanda, or placed them in the top pocket of my light blue denim jacket, each time promising myself that I would never take them out again. And I would usually stick to my promise, right up until the next time the violent ultraviolet rays from the sun threatened to colonize my cornea.

Because each time I used them, I was reminded of you, but not in a good, romantic, nostalgic type of way. No, never that. Due to the confusing nature of how things ended between us, these thoughts of you only stirred up even more feelings of anger and frustration deep within me. Each time I placed those sunglasses on my face, I was immediately filled with denial, regret, disbelief, and shame. Yet I still did it; I still wore them, and I still used them faithfully, day after day, week after week, month after month, over and over again. But why? What type of madness is this? What type of sadistic behavior was I subjecting myself to? Why didn’t I just get rid of them? Why didn’t I just stop wearing them?

Having packed them in my bag on January 6, 2020, knowing very well that the sunglasses would not return. They couldn’t return. As a matter of fact, they didn’t even deserve to make the trip there with me in the first place. But what could I do? I needed sunglasses, and those were the only pair I had, so they had to suffice. I travelled with them for more than 20 hours, from Cape Town to Joburg, Joburg to Doha, Doha to Bangkok, and finally Bangkok to Phuket.

And I’ll have you know that after we landed, I bought a new pair as soon as I could, because I felt way too guilty wearing your sunglasses halfway across the world. I couldn’t let thoughts of you ruin my holiday. I couldn’t let your sunglasses be a permanent fixture in my Thailand 2020 photo album. They didn’t deserve to sit on my face any longer. You didn’t deserve to take up space in my mind any longer. I had carried the two of you with me long enough, and it was finally time to let you both go.

After entertaining the idea of:

A - Disposing of them in the bin of our sea-facing condo in Kata beach, dismantled, disfigured, disassembled, and destroyed.

B - Throwing them out into the ocean from the inside of our long-tail boat while visiting one of the many islands off the coast of Krabi.

C - “Mistakenly” dropping them out of a Tuk-Tuk while navigating the busy, bustling streets of Bangkok.

D -“Accidentally” misplacing them in one of the cardboard boxes filled with tropical fruits and vegetables while exploring one of the busiest night markets in Phuket.

Yes, I could have taken any one of these approaches, but I didn’t. I had nothing against the sunglasses themselves—they served me well. They faithfully did their job. In fact, one could even go as far as saying that, overall, they actually treated me far better than you did, and perhaps that is why I kept them for so long. My problem was never the sunglasses, my problem was the demons that they carried along with them.

At 5 a.m on Saturday morning, running on three hours of sleep, while we were checking out of our accommodation. Before embarking on the one-hour trip to the Phuket International Airport.

While our taxi driver was loading our luggage in the boot of his white 14-seater Toyota Quantum minibus. While my barely conscious brother Isaac scoured the two bedroom condo one last time to check if we left anything behind. While our half-awake mother was silently praying for us to have a safe trip back to South Africa.

By placing them on the short wall leading up to B14, our neighboring condo. Laying them down gently, softly, carefully. Making it look as if they were accidentally misplaced, an afterthought, an unsuspecting victim of an absentminded owner who left them behind as they were rushing out of the condominium, on their way to somewhere much more important.

Making it seem as if they were forgotten. Abandoned in a foreign land, without any hope of ever being reunited with their owner.

After intentionally taking them there with me by seducing them with yesterday's promise of tomorrow, then suddenly leaving them behind without even the faintest guarantee of today.

The same way you left me—without explanation, without warning, and most frustratingly, without closure.

Along with all the trauma, memories, pain, frustration, anger, regret and confusion that came with them.

And I hope to never see you or those damn sunglasses ever again.

Get the latest posts delivered right to your inbox 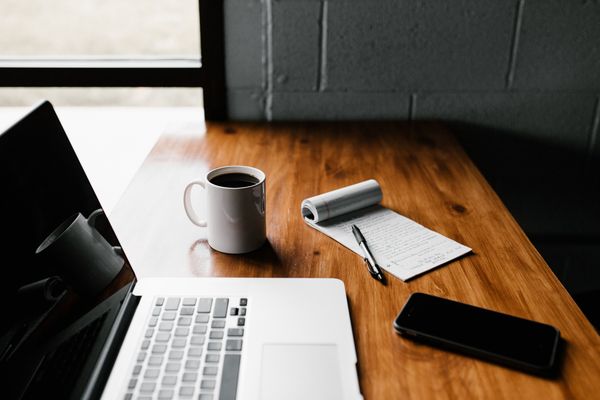 In this post, I will evaluate this idea of working remotely based on my time over the past two years as both a remote member of a cross-continental SCRUM team and as someone who often works remotely from home.

Stay up to date! Get all the latest & greatest posts delivered straight to your inbox